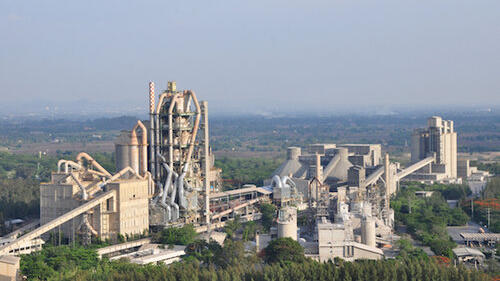 Cement is the binding agent of concrete, the most widely used construction material in the world. The cement sector is a major greenhouse gas emitter, responsible for about 7% of CO2 emissions globally (1), and about 4% in the EU.

By 2050, cement production in the EU is expected to remain below pre-2010 levels, ranging between 165Mt and 206Mt in the FORECAST model scenarios (4), which fed the industry analysis of the European Commission’s Long-Term Strategic Vision (5).

Clinker, and clinker substitutes, are the active components that confer cement its binding properties. Producing traditional cement clinker is an extremely energy and CO2 intensive process. In the EU, 90% of clinker is now made via the more energy efficient dry clinker-making process (2). Older, less efficient wet kilns have almost been phased out. In the more advanced dry process, raw ingredients are calcinated at around 900-1250oC in a precalciner to transform limestone into lime, which releases CO2 as a side product. The materials are then fed into a rotary kiln, where they aggregate to form clinker at 1450oC (and flame temperatures reach 2000oC) (6). The clinker is then cooled, ground and blended with other materials to make cement.

The combustion of fuels to heat cement kilns is responsible for 35% of clinker’s carbon footprint. The other 65% are process emissions, released during the calcination reaction involved in the production of clinker.

Currently, the fuels used to provide the necessary process heat are a mix of fossil fuels (mainly petcoke, coal and oil), waste fuels and biomass. While biomass usage has tripled since 2007, it currently only accounts for 16% of the total fuel mix in the EU (Figure 1).

The co-processing of fuels (use of alternative fuels, such as waste and biomass) currently represent nearly half of all fuels used in the EU cement industry, with some cement plants reaching occasional substitution rates of 100% (6). There are however considerable differences between Member States, ranging from 6% (Greece) to 65% (Germany) national average co-processing rates (7).

While alternative fuels could provide 100% of the thermal energy, full substitution of fossil fuels with truly sustainable biomass is technically challenging due to the lower calorific value of most organic materials (8). Moreover, by 2050, competing claims for biomass from other sectors of the economy will limit its availability for cement production. The deep decarbonisation scenarios from the European Commission’s Long-term strategic vision indicate at least half of available biomass being used for the power sector.

Using electricity to provide process heat could contribute to decarbonising the sector, if the electricity is 100% fossil fuel free. The cement industry is exploring several technologies to electrify cement production, including generating the heat via plasma generators and microwave energy, which have yet to be developed beyond the laboratory (TRL 3). The construction of a pilot plant that uses plasma technology is currently being investigated (9).

An important possible benefit of electrified heating systems is the much higher concentrations of CO2 in the flue gases than with combustion heating, from an estimated 25% CO2 concentration to close to 100% (10). This would allow easier capture and purification of CO2 from process emissions.

Combusting hydrogen as a fuel can reach the high temperatures required in the cement manufacturing process, but has not yet been tested. As hydrogen’s combustion and the heat transfer (by radiation) in the kiln would differ significantly from fuels currently used, extensive research into the modifications to the cement kilns would be needed (11). Cement production using a mixture of hydrogen and biomass fuels is currently at an early stage of investigation (TRL 2).

Several different breakthrough technologies are currently being investigated in the EU, which are all at TRL 6: (i) post-combustion technologies that separate CO2 from the flue gas; (ii) oxyfuel combustion, where the fuel is burned in oxygen rather than air, providing a much higher concentration of CO2 in the flue gas; (iii) calcium-looping, which can be integrated into the cement plant or used as a tail-end technology; (iv) and direct separation technology, applied in combination with a zero-CO2 heat process. The choice of technologies will depend on their techno-economic competitiveness, and will vary depending on the availability of renewable electricity and waste heat recovery and integration (12).

Beyond the implementation of carbon capture technologies to address the process emissions and the possible remaining fuel combustion emissions, the infrastructure to transport, store or utilise CO2 needs to be developed. As the potential for CO2 valorisation is limited by the resulting products’ market demand (13), and considering the amount of carbon dioxide emitted by cement manufacturing (106Mt in 2016), CO2 storage will likely be an unavoidable route to achieve deep decarbonisation.

The average clinker-to-cement ratio in the EU in 2017 was 75% (2). The European Standards differentiates five main categories of cements based on their clinker composition. The most used cements, Portland and Portland-composite cements, have clinker contents over 95% and 65% respectively. Clinker can be partially substituted by so-called supplementary cementitious materials, such as fly ash from coal power plants and blast furnace slag from steelmaking. Due to the reduced clinker ratio, less energy is required for clinker-burning and some of the process emissions inherent to clinker-making are avoided. Depending on the decarbonisation paths followed by the power and steel sectors, these alternative feedstocks will however become less available in the future.

There is considerable on-going research on alternative clinkers that emit less CO2 than Portland cement. Some are already commercially available (but with limited applications), while a number of other concepts are under research and development (14); however supply side barriers (e.g. availability and cost of raw materials) and demand side barriers (e.g. restrictions in concrete standards) limit their application and diffusion.

The cement industry in 2050 decarbonisation scenarios

To explore different pathways to achieve deep decarbonisation of the sector by 2050, the decarbonisation options in eight scenarios from four publications are compared (see Figure 2). The PRIMES and FORECAST scenarios that fed the European Commission’s Long-Term Strategic Vision consider the whole non-metallic minerals sector jointly (cement, ceramics, glass and lime). Cement production accounts for 40% of the total non-metallic minerals sector’s final energy demand and 60% of its CO2 emissions.

There is strong variation in the use of biomass for cement production by 2050 in the examined scenarios. A fully electrified pathway could forego biomass use by 2050 (ECF, New Processes), while in other pathways, up to 4-times more biomass than in 2015 is deployed (EC, 1.5TECH). Negative emissions are included in some scenarios that combine sustainable biomass use with CO2 capture from biogenic sources (IEA, B2DS). In several scenarios, an early fuel switch to biomass allows for early emissions reductions before other breakthrough technologies are deployed (biomass use doubles from 2015 to 2030 in ICF, CCS and Mix95).

The use of electricity increases in 7 out of the 8 selected scenarios. Scenarios that deploy carbon capture technologies but little electrified heat see little (or no) increase in electricity demand, with a higher remaining share of fossil fuels (ICF, CCS; ICF, CCS; IEA, B2DS). In a scenario where cement production is fully electrified, the demand for renewable electricity is up to 6-times the 2015 electricity demand (ECF, New Processes).

The role of hydrogen varies greatly in the scenarios, ranging from no deployment in the final energy mix up to a third of energy demand in scenarios covering the total non-metallic minerals sector (ICF, Mix95; EC, 1.5LIFE and 1.5TECH).

All the selected scenarios achieving deep decarbonisation of the cement sector include carbon capture technologies, which is seen as the most important technology to reduce process emissions, as well as emissions from industrial heat when those are still present. By 2050, in several scenarios over 90% of cement plants incorporate carbon capture (ICF, CCS and Mix95), with up to 120Mt CO2 captured (ICF, CCS). Where specified, the carbon capture technology deployed varies depending on the decarbonisation pathway, with up to 100% of cement kilns fitted with post-combustion carbon capture in a fully electrified scenario (ECF, New Processes), or 90% of kilns fitted with oxy-fuel technology in combination with fossil fuels (ECF, CCS).

Clinker substitutes and/or new cements are deployed to reduce the sector’s CO2 emissions to varying extents in the scenarios. Although not explicitly specified in all cases, supplementary cementitious materials are included in all scenarios and could substitute up to 40% of cement clinker in 2050 (ECF scenarios, compared with 26% today). New low-carbon cement types are not included at all (ICF CCS and IEA B2DS) or to a very restricted extent (5% substitution in ECF scenarios) in some scenarios. One scenario deploys new cements to replace 50% of total cement production by 2050 (83Mt out of 166Mt in ICF, Mix95).

Some scenarios (ICF, Mix95 and ECF, Circular Economy) rely on a more efficient use of cement and concrete. Several options are proposed, including optimising the design of structures and concrete specifications, designing infrastructure to allow for disassembly and reuse/recycling of concrete, or substituting concrete with zero-CO2 materials such as wood (up to 5% substitution in ECF scenarios). While not replacing the need for carbon capture in those scenarios, such decarbonisation options could alleviate the deployment and associated costs of carbon capture technologies. Digitalisation is mentioned as potentially playing an important role in optimising the design and use of lower- CO2 options in construction (15). Fully capturing these material efficiency potentials however would require major changes to existing standards and construction processes.

7. Ecofys. Market opportunities for use of alternative fuels in cement plants across the EU. 2016.

8. Murray, A and Price, L. Use of Alternative Fuels in Cement Manufacture: Analysis of Fuel Characteristics and Feasibility for Use in the Chinese Cement Sector. Berkeley National Laboratory, 2008. 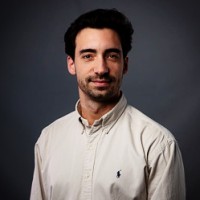 Julian has an interdisciplinary background in natural science, engineering and finance. At the European Commission’s Joint Research Centre, his work focuses on the decarbonisation of the industrial sector. 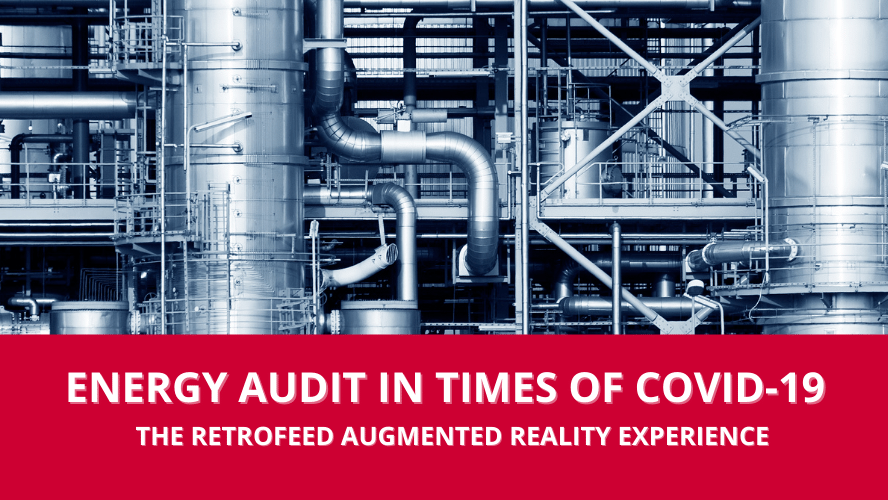 Energy audit and augmented reality: how to combine them? RETROFEED innovation accelerated by COVID-19 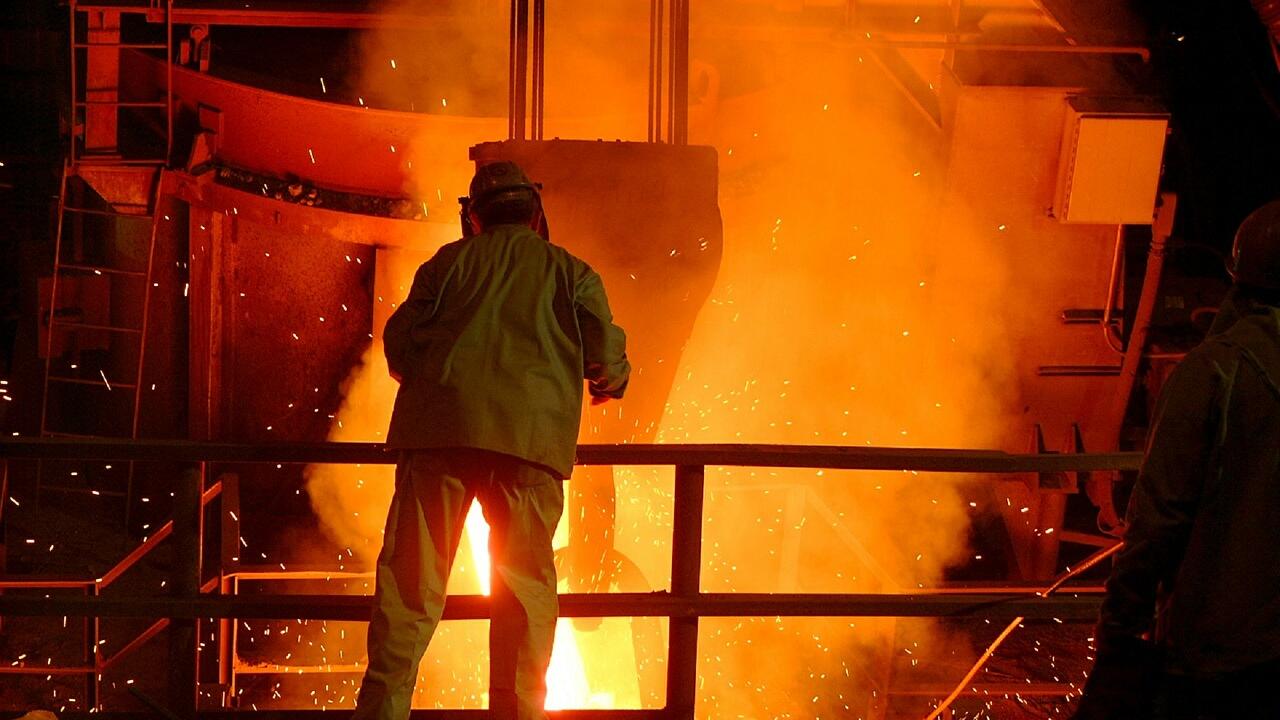 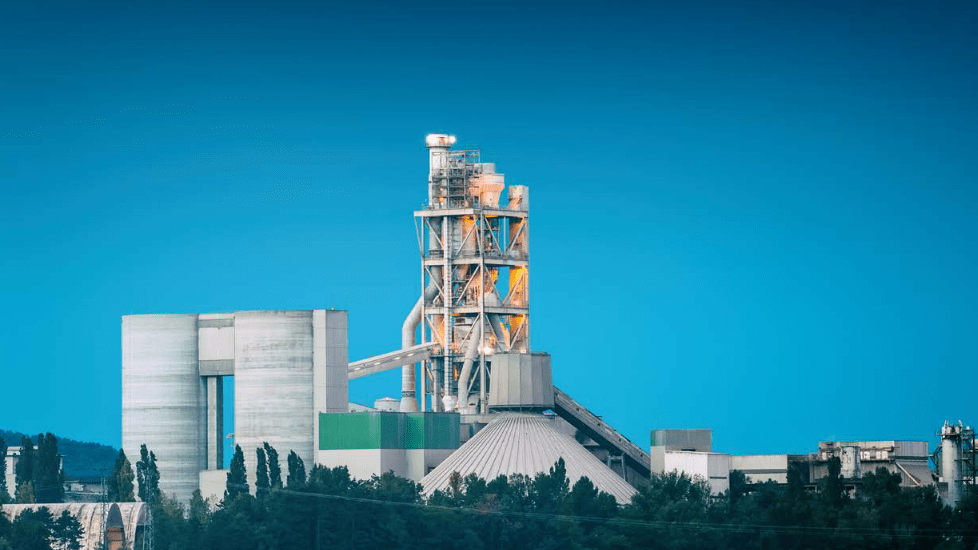