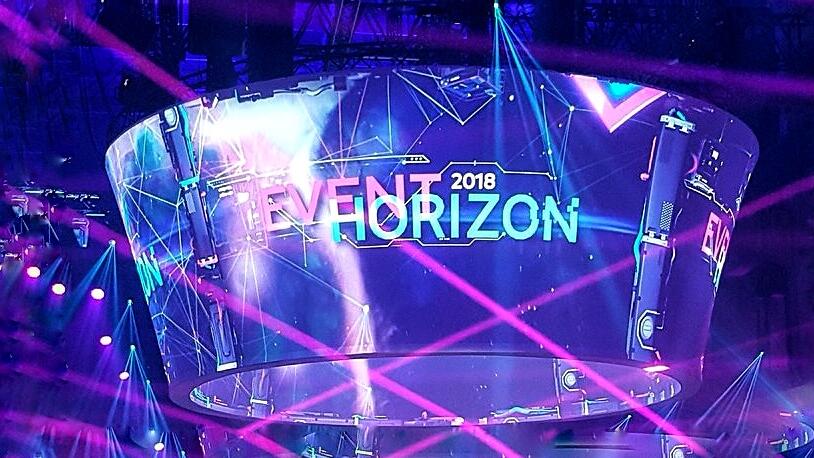 A decommissioned power plant in Berlin finally was brim-full of energy again when experts of the energy and blockchain sector entered the stage at the Event Horizon 2018. “Flip the switch” was the motto of the conference, which very well summarizes the vibe at the event: It is time to move forward: from concepts to application and demonstration.

In his key note, Jules Besnaunou, the current director of the Cleantech Group, provided some interesting insights into the latest blockchain-related topics that move the energy industry and will be summed up for you right here: 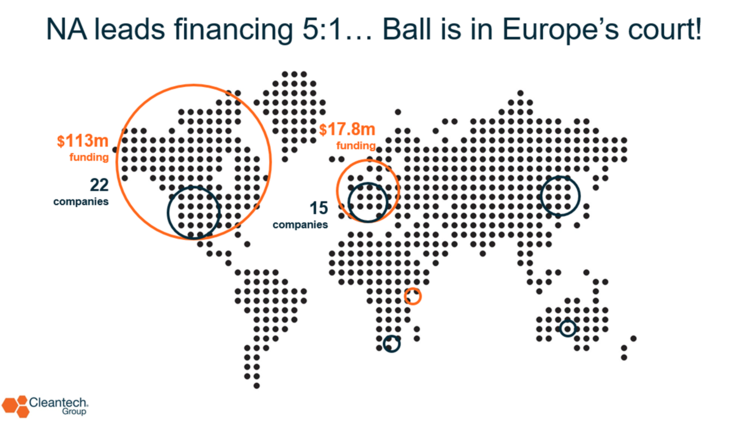 In 2016, investment in blockchain startups in the energy realm was five times larger in the US than in Europe, even though the number of startups in the US was only 50% above the total number in Europe. This has changed significantly as we can see in figure 2.

Today, investments in Europe are more than five times as high as those in the US. The total number of blockchain startups focusing on the energy sector has increased from 15 in 2016 to 70 by the end of 2017. In the US, however, only 16 new companies have entered the field of energy blockchain in 2017. Therefore, China is now the second largest market for energy-focused blockchain initiatives.

From ICOs to classical funding rounds and venture capital

Corresponding to the overall trend, ICOs were the main funding source for energy-related blockchain startups in 2017. However, according to Jules Besnaunou, this is likely to change in the second part of 2018. From then on, traditional finance rounds will become the dominant instrument to support the existing initiatives, and Venture Capital Investments will occur more frequently.

Besides the key note of Jules Besnaunou there were plenty of interesting presentations and discussion that provided very detailed insights into the current state of blockchain applications in the energy sector. In the following, we summarize some of the most interesting insights that we gather in some sessions. Note that due to the parallel structure of the event we weren’t able to catch all news and insights from the event. Therefore, this is just a collection of some relevant developments that were presented at the EventHorizon 2018.

While most regulators worldwide have only started to understand the implications of blockchain technology for the energy sector, the regulators in Chile take a more progressive approach. In March 2018, Chile’s National Energy Commission (CNE) started to use Ethereum-based smart contracts to verify data related to marginal costs, fuel prices, compliance with the renewable energy law, and average market prices. The data will become available via the Open Energy Platform of CNE. Thereby, CNE became one of the first public bodies worldwide that implemented smart contracts in the energy realm.

The Energy Web Foundation (EWF) together with Grid Singularity were the two main organizers of the EventHorizon 2018. The EWF announced several key features of the Energy Web Chain at the conference, e.g. the Proof-of-Authority approach. More details about the EWF’s announcements can be found on their own blog.

Here, we want to briefly introduce two dApps that have been developed by the EWF-consortium and that illustrate the potential of the Energy Web Chain for the energy sector.

For now, the Decentralized Autonomous Area Agent (D3A) stands for a concept to develop a tool-box that allows to translate current energy market design into the Energy Web Chain. Currently D3A consists of an agent-based model to simulate what a blockchain-based market design could look like. For now, D3A has the capability to simulate in what ways remote mini-grids could be operated based on the Energy Web Chain. It provides the framework to define different energy-only markets that optimize the exchange of electricity between producers and consumers on a decentralized level. Within the next steps, different scenarios beyond micro-grids including locational marginal pricing will be included in the simulation. After successful simulations the D3A framework will be deployed in the blockchain environment of the Energy Web Foundation.

While D3A is currently “only” a simulation, it already gives an idea of the significant potential of the D3A market model and the dApps based on this model that are yet to be released. Especially the chance to develop a market-design that facilitates decentralized optimization and at the same time offers the potential to introduce Locational-Marginal-Pricing, seems to be very promising. For more details about D3A you can read the more detailed paper of the EWF here.

Furthermore, the EWF announced the publication of the Origin dApp. Origin provides a method based on the Energy Web Chain to certify and track renewable energy generation on the kWh level, including marginal grid CO2 emissions. Thereby, the Origin dApp provides the basis to trade renewable energy certificates via the Energy Web blockchain. Importantly, the Origin dApp was developed to be compatible with existing certification systems and regulations to allow a smooth transformation from existing systems towards a blockchain-based solution. More details about the Origin dApp can be accessed here or in the video below.

Throughput and scalability are challenges, but the solutions are already there

In the public discussion, throughput (transactions per second in case of trading, stuff-per-second in general) and scalability are among the most discussed challenges for the diffusion of blockchain technology. While these concerns are valid and need much attention, there already exist several solutions to this problem. One of them was discussed in a deep dive session with Aeron Buchanan, Co-Founder of Grid Singularity and Advisor of the Web 3 Foundation. Aeron pointed out one specific solution to increase throughput of public blockchains via state channels.

For BitCoin, the Lightning network has just been published a few weeks ago and a similar solution for the Ethereum blockchain, the Raiden network, should be ready soon. With these solutions, a first step towards increasing throughput in public and permissionless blockchains is made. This takes us one step closer to a blockchain solution for the energy sector as well.

From concepts to first application in the energy sector

The EventHorizon 2018 was a spectacular show but at the same time a worthwhile information session on the status quo of blockchain applications for the energy sector. Although there are no solutions market-ready yet, the different initiatives have taken first crucial steps to come closer to real applications. Especially the pitches from more than 40 startups provided some nice examples of what could become possible with the Energy Web Chain. The EWF itself provided first examples of dApps for the energy sector. While the Origin dApp addresses one specific use-case, the D3A-concept has the potential to unlock several use cases in the context of P2P-trading in the energy market, and also Locational Marginal Pricing on the distribution grid level might become feasible. The progress that the energy industry has made within the last 12 months is remarkable and makes us confident that we will see more applications than concepts at the next EventHorizon 2019!