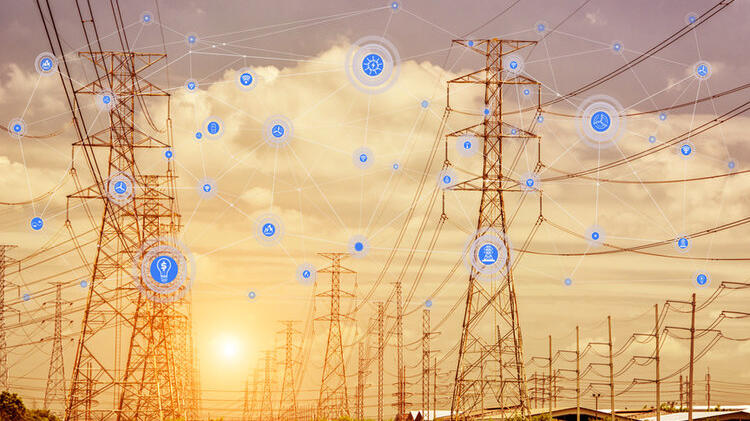 Are distribution network operators in Europe threatened by a potential application of blockchain technology in the energy sector? This seems to be the pressing question that was at least partially the motivation for a recent report on blockchain in the energy sector by eurelectric, which is the European association of the distribution grid operators. From our perspective, this report reads like an attempt by the industry to reassure itself that its core business model – asset ownership and operation of the electricity networks – is not threatened by blockchain.

In the eurelectric report there is a strong focus on the fact that the monopolistic characteristics of the electricity networks are a kind of showstopper for the application of blockchain technology in the energy sector. To a certain extent the authors of the report have an important point: If we expect blockchain technology to completely eliminate all intermediates in the electricity sector, then the authors are correct to conclude that this is very unlikely to happen, since network ownership will always be performed by a single entity that is regulated to secure that the monopolistic power is not misused by the owner of the networks.

Against the background that blockchain technology pushes disintermediation in many sectors, network operators might feel challenged by this technology (as they probably feel by many digital innovations for that matter). Still, we should keep in mind that blockchain technology does not change the fact that we will need the electricity networks to facilitate the physical exchange of electricity between the different network users. Providing these physical assets to the energy markets will therefore remain an important task, irrespectively of whether digital solutions like blockchain or other technologies will transform the deployment of physical assets. As a result, asset ownership, and here we agree with the conclusion of the authors of the eurelectric report, will remain a regulated task that will be performed by single entities, i.e. the current network operators. However, this discussion is missing an important point, since digital innovations in all network sectors do not threaten the business model that is related to the physical asset ownership: Rather, it is the business models that focus on how these networks are operated that are affected or even challenged by digitalization.

While network asset ownership won’t be affected much by digitalization, network operation certainly will

As a consequence, the question remains whether blockchain technology might affect the business model related to network operation. At least from our perspective, this is the much more pressing and difficult question DSOs should ask and think about (we started this discussion in 2017 in this post here). Obviously, there is no clear answer to it yet. Still, let us briefly take a look at what could happen in the future and how the task of network operation might change under the assumption that blockchain technology achieves such a maturity level (which is not impossible from today’s perspective) that it could be applied to network operation as well.

So far, network operation itself does not make use of many market mechanisms, with the exception of balancing markets which are used by transmission grid operators to contract positive or negative balancing power. Still, transmission and distribution grid operators already today make use of different transactions to secure different ancillary services, e.g. direct contractual relations with power plants to provide reactive power, black-start capacity etc. With decentralization, the number of transactions to secure the required volume of ancillary services will increase significantly since many distributed generators and consumers will provide services in the future that are currently centralized with very few conventional power plants. Here, an application of blockchain technology offers the potential to facilitate the verification of transactions that relate to ancillary services and network operation in general.

One example for such a blockchain-based concept that could influence how networks are operated in the future is the D3A-framework by the Energy Web Foundation (EWF). With D3A the EWF aims at the integration of decentralized assets down to different home appliances into local and national markets for energy and ancillary services as well. Similar projects are currently investigating to what extent smart contracts could be applied to autonomously execute tasks that help to balance the grid, e.g. WePower together with the Estonian TSO Elering or TenneT with the battery storage company Sonnen. Though there are several technological challenges to be addressed before network operation can make use of smart contracts to (partially) reduce network operation to the supervision of different autonomous smart contracts, the potential of this solution seems to be quite significant. If (and this is a big if for now) we suppose that the developers succeed to develop a blockchain system that is capable to perform network operation tasks and that also meets the regulatory and interoperability requirements for the energy sector, then this could have far-reaching implications for the network operators’ business case.

This is actually a model we already know from the transmission grids in the US where asset ownership is with the utilities, while Independent System Operators (ISO) take care of network operation. While the discussion about ISOs is complex in itself, the changes that arise from digitalization and specifically from solutions like blockchain technology might change how concepts like ISOs will be evaluated in the future, even on the distribution grid level (iDSO). This is one of the real and very tangible threats digitalization and blockchain technology in particular might pose towards the current business model of distribution network operators.

Though there is a long road ahead before blockchain finally might enter the energy sector, network operators should get involved soon if they want to avoid the above described scenario that might really threaten an important part of their current business model. The question then again remains: Will network operators take an active part in the digitalization process of the energy sector? 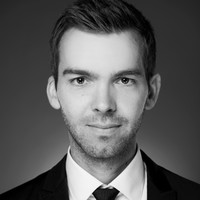