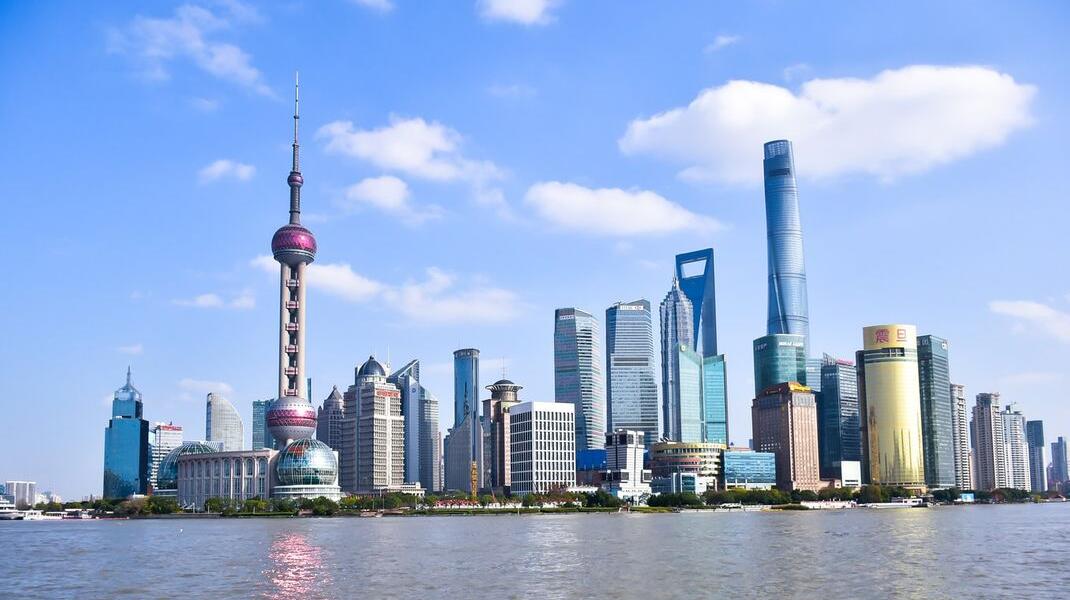 China has the largest buildings market in the world, making up 20% of all construction investment globally. China is expected to spend nearly $13 trillion on buildings by 2030. Building operations are responsible for 28% of global energy-related carbon emissions. zero carbon buildings would allow countries like China to keep pace with current construction rates while still lowering their greenhouse gas emissions. China could build on its 2020 commitment to certify 50% of new buildings as green by 2020. In 2016 alone, Chinas Three-Star Rating System certified almost 5,000 buildings asgreen. zero carbon buildings — which produce no net emissions

— are still a nascent part of the green building sector. Outreach and training programs for building owners, developers and investors, in addition to existing national building prizes, could spread awareness and increase commitment to reduce fossil fuel use to include all new buildings. The country could raise the ambition of this certification process to focus on zero carbon building projects to reduce emissions by 2030. 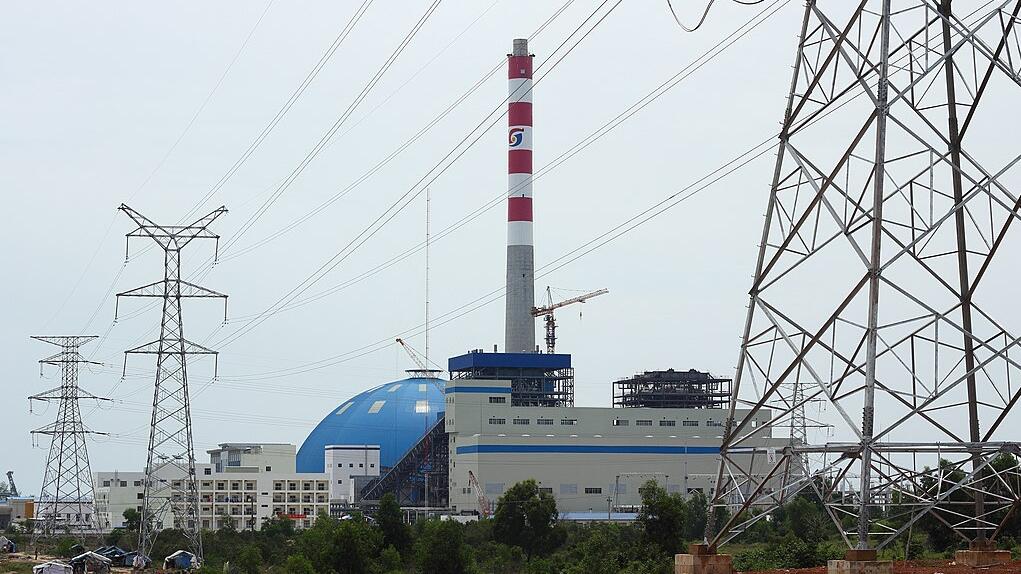 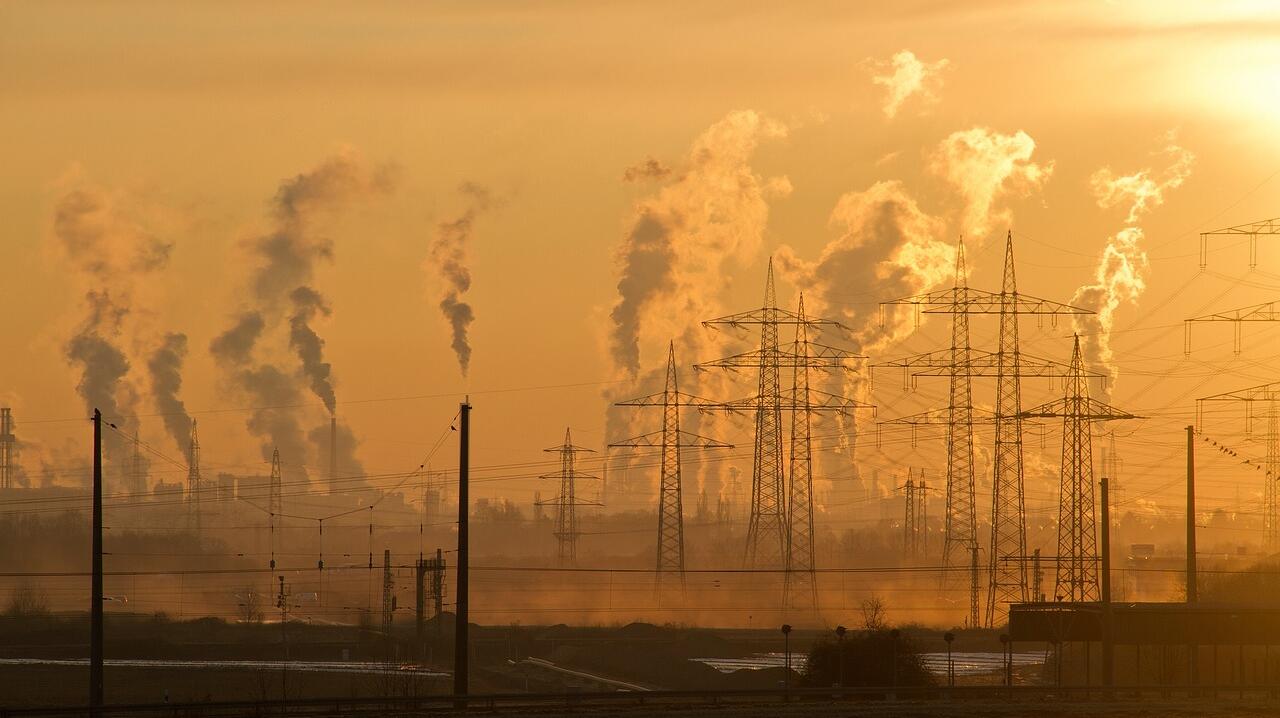 China is in the midst of a construction mega-boom. The country has the largest buildings market in the world, making up 20% of all construction investment globally. And it’s only set to grow: China is expected to spend nearly $13 trillion on buildings by 2030.

This unprecedented level of construction has tremendous implications — not just for the Chinese, but for everyone. Building operations are responsible for 28% of global energy-related carbon emissions. How China constructs its buildings will either fuel dangerous climate change or help create a more sustainable future for everyone.

Zero carbon buildings would allow countries like China to keep pace with current construction rates while still lowering their greenhouse gas emissions. By relying heavily on efficiency and renewable energy, zero carbon buildings are consistent with the goal of reaching net-zero greenhouse gas emissions by 2050, a trajectory scientists say is necessary to avert the worst climate impacts. 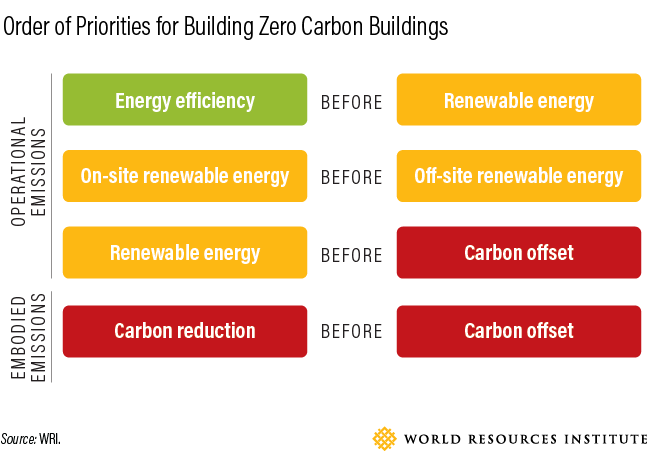 A Promising Policy Landscape for Zero Carbon Buildings in China

A new WRI working paper with case studies in China, India, Mexico and Kenya shows that these countries already have many of the right policies in place to encourage zero carbon buildings. The paper examines eight policy pathways, including things like building standards, incentives for energy efficiency, and the feasibility of on-site renewable energy development. All policy pathways are feasible today in China at least with limited application, and energy efficiency — the foundation for zero carbon buildings — is well-supported by the country’s current building and energy policies.

Energy efficiency has been on the Chinese government’s agenda since the creation of its first design standard in 1986, but initial policies were poorly implemented. Interest from the private and public sectors remained low well into the 2000s. However, investment has grown in recent years with stronger regulation enforcement, new incentives and the emergence of green building rating systems and labels.

China has taken many measures to pave the way for zero carbon buildings. The national government has set a goal for 50% of new buildings to be certified green by 2020, and several major city governments have gone further. For example, Beijing’s local building codes are more stringent than national efficiency standards. The city requires all new developments to earn the minimum level (one star) of certification from China’s Three-Star green building rating program, and it subsidizes buildings that achieve higher ratings.

China has also created the world’s largest market for renewable energy. Building on this success, the national government has introduced a trading platform for Green Electricity Certificates, or GECs, which will allow energy buyers to claim the environmental benefits of renewables even if they are not direct consumers. Renewable Portfolio Standards (officially the China Renewable Energy Consumption Obligation), approved in May 2019, will boost demand for GECs — and renewable energy in general — by requiring provincial governments to reach a minimum percentage of renewables (including renewables besides hydropower) in their overall power consumption. Provincial governments will reach their targets by working with grid companies, independent dealers, and companies that directly purchase or produce their own power.

There are many policy, market and technical reasons for this. For example, renewable energy is currently more attainable for commercial and public buildings than residential ones. Limited space on urban roofs discourages homeowners from adopting on-site renewables, while market regulations prevent residential building owners from purchasing off-site renewables directly from solar and wind power producers. In addition, while China is a global leader on renewable energy, it is also a global leader on coal. The country needs to reduce its fossil fuel use to fully decarbonize the building sector.

China can take several key policy actions to scale up zero carbon buildings. At the national and provincial levels, periodic energy code reviews would help ensure that efficiency regulations keep pace with new technologies and approaches. The country could build on its 2020 commitment to certify 50% of new buildings as green. China could raise the ambition of this certification process to focus on zero carbon buildings, and it could further increase the goal to include all new buildings by 2030. Outreach and training programs for building owners, developers and investors, in addition to existing national building prizes, could spread awareness and increase commitment. In the longer term, improving building owners’ access to power purchase agreements — direct contracts between energy producers and consumers that guarantee a fixed energy price — would drastically increase the feasibility of residential buildings purchasing off-site renewable energy.

At the local level, governments can start by developing demonstration zero carbon building projects to excite developers and investors. Governments can also follow the example of leading Chinese cities like Beijing and Shanghai by making local building codes more stringent than the national one, and providing predictable subsidies for buildings that perform above the average. Setting renewable energy targets for public and commercial buildings can also help decarbonize buildings’ energy use.

A Future of Efficient, Clean Buildings

China’s buildings sector faces a historic window of opportunity — it can either decarbonize, or it can drastically exacerbate the climate catastrophe.

But China is certainly not the only country at a critical crossroad. Construction is increasing around the world, with the global construction market expected to reach $12.9 trillion per year by 2022. China has the world’s largest buildings market and thus great potential for zero carbon buildings. But other countries like India, Mexico and Kenya have sizable markets and significant potential as well. The right policies to encourage zero carbon buildings in those countries — and around the world — will enable cities to keep pace with growth while minimizing buildings’ environmental and social impacts.