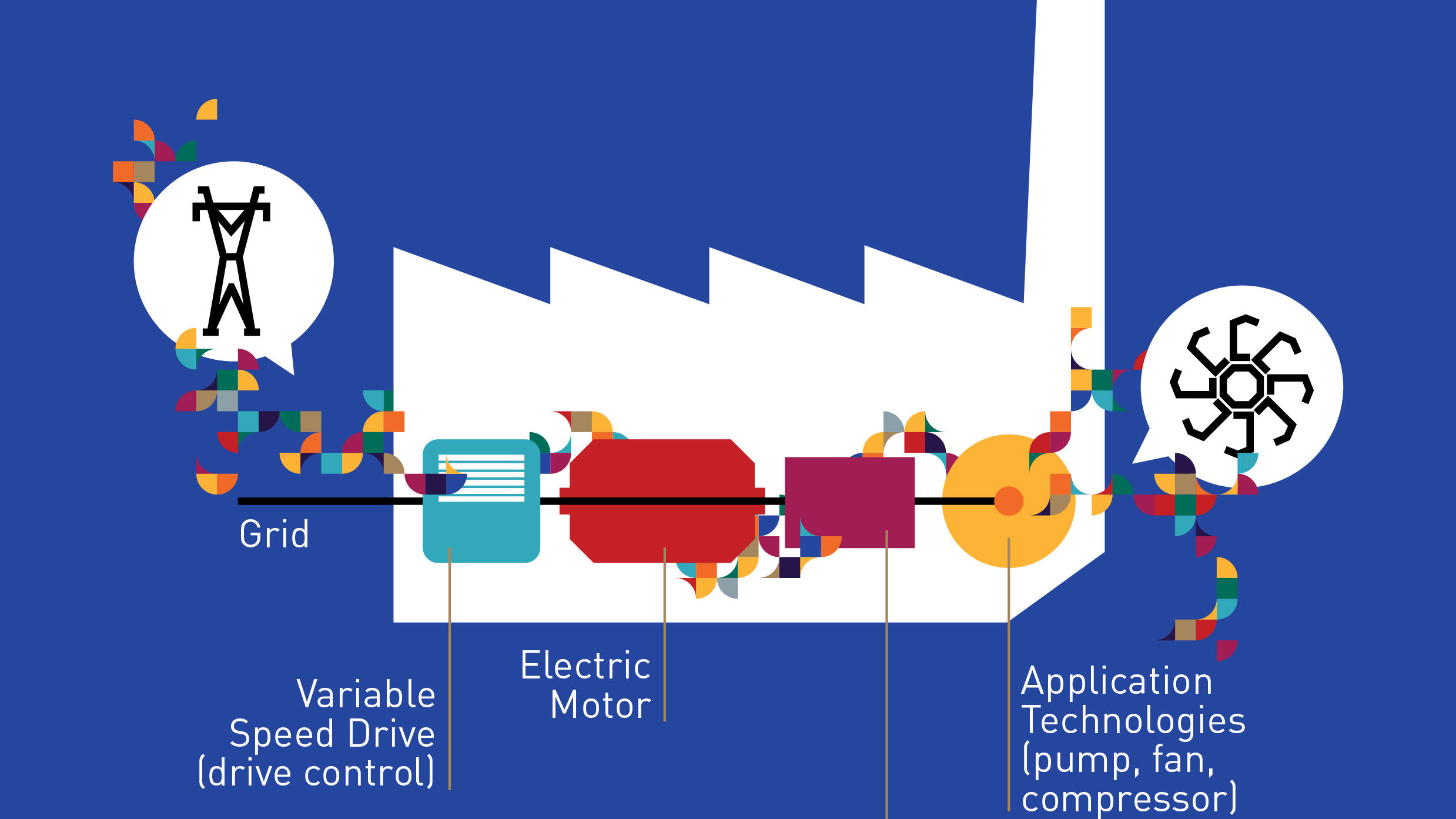 Electric motors are implicated in two major decarbonisation options involving electrification: electric vehicles (EVs) and heat pumps. This will lead to a significant market growth, as well as growing responsibilities concerning efficiency, flexibility and material use.

The electrical power sector is the fastest to decarbonise because of the wide variety of carbon-free energy sources that can generate electricity, such as PV, wind and hydro. This means that electrification can help other sectors decarbonise fast and on a large scale. The share of electricity in gross final energy consumption in the EU is expected to increase from the current 17% to around 60 - 70% in the coming 30 years. The major potential for electrification lies in building heating and cooling, water heating, transport and various types of industrial energy use. Most of these applications involve electric motors. As a result, the share of electric motors systems will at the least grow along with the electrification process, from the current 9% to around 30% of EU energy end-use. With this strong market growth in view, the impact of motors on the environment and on grid operation will also increase.

The electrification of transport

The transport sector is the largest contributor to energy related greenhouse gas (GHG) emissions in the EU-28. A market breakthrough of electric vehicles (EVs) for private transport could lead to a strong and immediate reduction of those emissions, as EVs have substantial higher well-to-wheel efficiencies than cars with an internal combustion engine (ICE) powered by fossil fuels. Moreover, there is a strong technological incentive to further increase the energy efficiency of EV motors, since doing so increases the driving range for a fixed battery capacity. And with the lasting decarbonisation of the electrical power sector, the carbon emission reductions achieved by EVs will continue to increase.

The majority of EV manufacturers currently opt for permanent magnet synchronous motors (PMSM). Other types of EV motors include AC induction motors with copper rotors and synchronous wound field motors. However, with the prospect of a future mass market, electric automotive drives are the subject of intensive R&D efforts, with – among others – a focus on developing motors with reduced rare-earth content. Major improvements leading to shifts between the preferred types of motor are to be expected in the coming years.

The electrification of HVAC

One third of Europe’s GHG emissions can be attributed to buildings, and much of this is related to heating and cooling. With the Energy Performance of Buildings Directive (EPBD), the EU aims to decrease emissions from residential and tertiary sector buildings by 88-91% by 2050 compared to the 1990 baseline. Since the construction and renovation rates are low, a technology installed in a building could remain for 30 to 40 years or more. This means that systems should be designed with the future in mind, considering in particular the expected lasting decrease of GHG emissions from electricity generation. The preferred type of heating technology depends on many factors, but for most dwellings, a local heat pump or a highly decarbonized district heating system will be the preferred options. Heat pumps rely on an electrically driven compressor and can be used for both heating and cooling. Its technology is more mature than that of Electric Vehicles, and no fundamental technological shifts are to be expected in the near future. With EU regulations gradually evolving towards imposing nearly-zero-energy buildings, the sector is stimulated to further drive up the energy efficiency of heat pumps. Choosing the right compressor load variation strategy plays an important role in this.

Energy efficiency remains on the agenda

The expected market growth for motor systems makes it an effective decarbonisation path to further increase their efficiency up to the level of the lowest life-cycle cost. Extending the Ecodesign MEPS to other motor categories and removing some exceptions would be a logical next step that could lead to significant carbon emission savings. Small and large motors could be included, and the exceptions for brake motors and explosion-proof motors could be removed, as well as the choice to opt for a lower efficiency category if combined with a variable speed drive (VSD). Those four steps would lead to a total saving of 22.3 TWh or 9.97 million tonnes of CO2eq per year. For medium and large power motors, the minimum efficiency level could be raised to IE4 from 2022 onwards. Doing so would be economically sound and would save an additional 9.3 TWh and 4.16 million tonnes of CO2eq per year.

The biggest energy savings potential, however, lays probably in an approach that focusses on the entire motor system instead of the isolated device. The disadvantage of such an “extended product approach” is the difficulty to translate it into a workable regulation. A more active promotion of standard IEC 61800-9, which takes the entire motor system into account, would be useful, as well as the development of a software tool that can assist in implementing this standard. Another – complementary – way could be to promote system efficiency via the ISO 50001 standard on Energy Management and its implementation guides.

Shifting the consumption to moments of abundant production

The growing share of grid-connected renewable energy systems, which feature naturally variable output, makes the task of grid operators increasingly complex. Electricity should not only be used efficiently, its consumption should also be shifted as much as possible to moments of abundant production. Some sectors with large numbers of motor systems in use are well-equipped to offer this flexibility. These include building HVAC (well-insulated rooms represent a buffer capacity on their own), water management (driven primarily by pump systems), and industrial process plants. Mechanisms should be put in place to connect electricity users with grid operators so that such far-reaching consumer engagement can be achieved.

Motors in the circular economy

Finally, the energy transition can only be sustainable if material use is taken into account. With the Circular Economy Package, the European Commission has also come to this conclusion. The expected increase in the number of motors required during the energy transition leads us to the question whether those motors have the potential to be part of the circular economy.

If motors consist primarily of copper, steel and aluminium, their depletion potential remains limited and their level of recyclability high. Motors have been rewound and recycled for decades. Permanent magnet synchronous motors (PMSM) contain various rare-earth metals that appear on the EU list of critical raw materials and are therefore not recommended to become a major part of the solution for emerging mass markets. Research & Innovation support should focus on the development of rare-earth-free drives.

Design for Recycling (DfR) considers the technical and economic effort that is required to recuperate as much material as possible during repair and overhaul and at the end-of-life. It could be stimulated by providing the buyers of electric motors with information on recyclability, e.g. through a Design for Recycling label.

Electric motors look at a bright future. If they will manage to continue their feat of continuous energy efficiency improvements while at the same time work towards a responsible material use, free of rare-earth metals and incorporated into a truly circular economy, they could become one of the major winners of the energy transition.

More on this subject in the Leonardo Energy white paper Electric Motors in the Energy Transition. 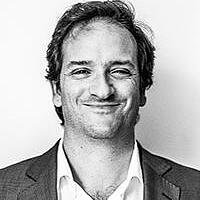 Fernando is an energy engineer with international experience (France, Spain, Brussels) since 1998 in the private and public sectors. At the moment he focus in energy & climate advocacy together with technology-related projects on decarbonisation in industry and buildings (and a bit of e-mobility).