What is said about the energy saving potential of VSD (variable speed drive) in industry?

We will see what happens in the near future if they were right.

Besides the macro-perspective, let's have a closer look on the technical and economical side. What remains true is that VSD will only be broadly implemented if it is technically meaningful and economically viable!

Where VSD can be implemented in industry...-nearly everywhere!

In industry, there is a significant amount of rotary machines of various types such as electric motors on the one hand, and on the other hand loads which are pumps, fans, compressors...which are coupled to the motor to form a rotary system.A common factor in these machines is that they are mostly designed for rotation at constant speed and therefore provide a constant output. Thus they rotate at 100 percent of speed for short duration.

This means, they are most of the time not effectively using energy. And - "side effect"- this energy waste increases carbon emissions. This has led to the idea of using variable speed machine processes with VSD motors.

Many of industry players all agreed on the fact that VSD has many advantages. And it's true.

VSD systems can not only save from 15 percent up to 40 percent of energy but also it extends equipment lifetime thanks to its soft start-up/shutdown function.

VSD are also known as VFD, ASD... which are somehow similar in opeation principle.

And the economic side of VSD?

There is always a case by case story. But the story behind is simple as this example shows:

Although this is only an indication , it shows that it is possible to have a payback after 15 months assuming total net cost installation of 21,210 $ as an example.

And there are further beneficial aspects:

VSD are key tools for an industry that is strongly motorized and automated. They deliver multiple benefits ranging from lower total cost of ownership via energy cost  reduction, longer life-time as well as a reduction of greenhouse gases.

And there is still huge potential! 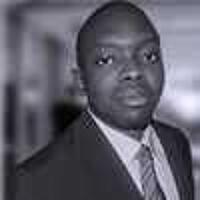 Levis Gandeu is functional analyst at Wordline Global and writes for EEIP as technical expert.